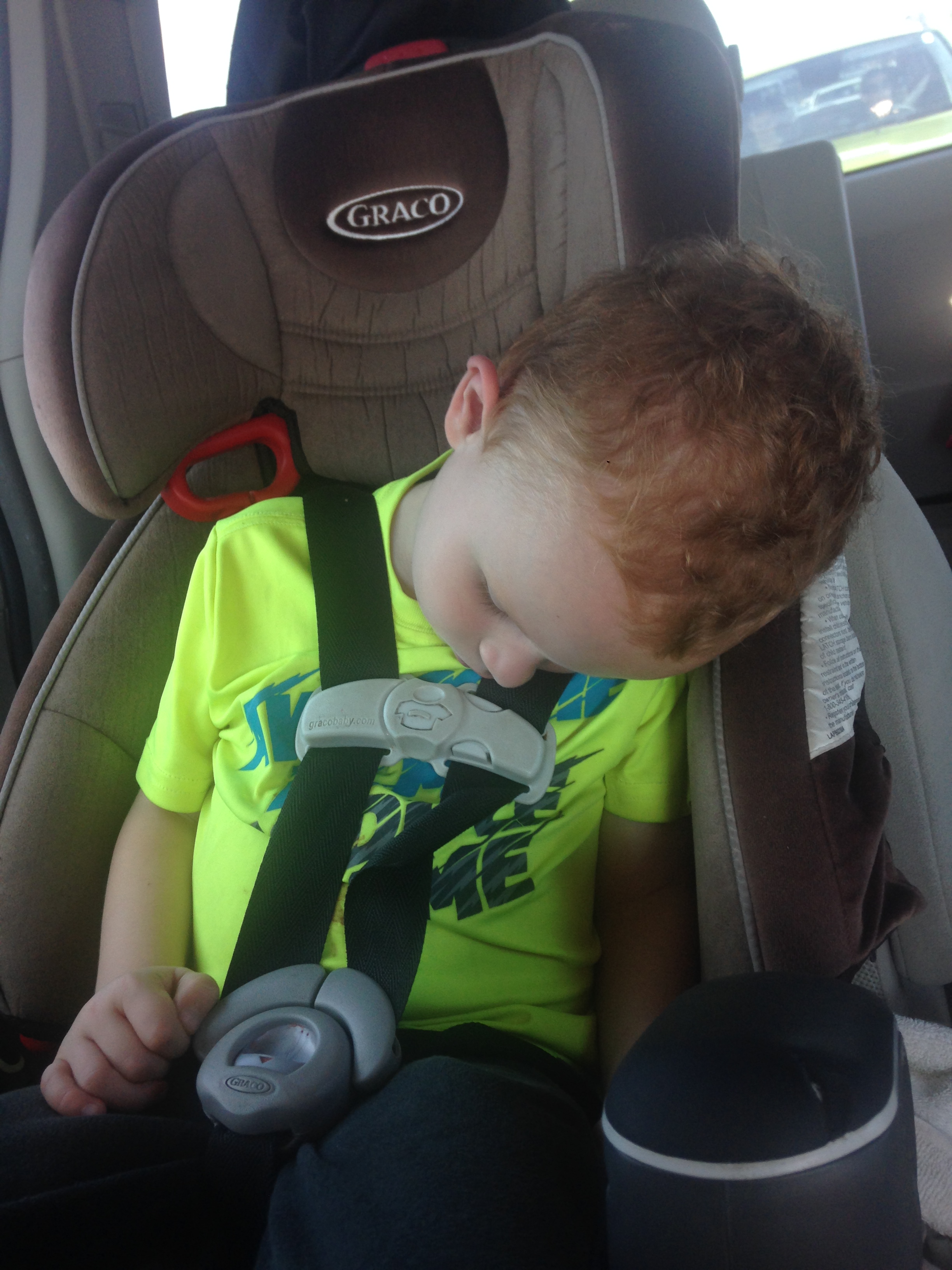 Evacuation: what I got RIGHT

Evacuation: What I got RIGHT:

The other day I posted what I got WRONG about evacuation. Today I thought I’d write about what I got RIGHT. And tell you that being part of the largest evacuation in human history was totally surreal. I’ve never seen so many campers on the road, rest stops so jam-packed and so many massive, red gas cans strapped to the top of vehicles and trunks of sedans. And that driving north on 75, in bumper-to-bumper traffic, that southbound was mostly empty, with the occasional gas truck and empty car carriers passing us. (Hug a trucker for me the next time you see one!)

First, I made the decision to evacuate. That was the almost hardest part. I called my brother who lives across the city from me and is a boater. He told me to get out now. I thought about the tens of thousands of dollars we had spent during renovations to hurricane proof the house (as a side note, did you know you can back up into hurricane proof garage doors and they won’t even dent? Don’t ask me how I know). I decided my brother-the-boater knew more about water than I did, plus I didn’t want to test the hurricane-proofedness of the house with young kids, so I started packing. By 2pm of the day I evacuated, the county notified me that my zone was under mandatory evacuation. (nice to have external validation, lol)

Last Tuesday night I tried for hours to find a way out of Tampa Bay area: air flights, trains, hotels, etc. Everything was booked or sold out. Finally I got out of my comfort zone and signed up for airbnb, something I’ve heard great things about. The only hosts I contacted had fourteen other requests from evacuees, but because I had sons around their son’s age and didn’t have pets, they took me over the others. The week I’ve spent in Georgia though, I had an odd craving for sweet tea and peaches and keep saying “y’all.” Must be something in the water.

My van is they type that when you open up the door in car line, stale McDonald’s French fries fall out (don’t judge). I discovered something called “McDonald Cat Naps” during evacuation (again, don’t judge). All I can say is THANK GOD FOR HAPPY MEALS!! They may be a nutritional nightmare, but they are an evacuating mom’s answer to prayer. It meant I could doze for ten-minutes in the front seat while the kiddos munched and then played with their cheap toy.

I remembered to get money out of the bank! The tellers were frazzled and exhausted. They were out of small bills and told me the early rush of evacuees wanted only big bills, then it turned into small bills. I took what I could and ran.

I worked hard the day before evacuating to do as much of my upcoming week’s clinic work at the clinic so all my Veterans could be as tucked in as I could get them (incase I couldn’t get back). I can’t get back. From what I hear, there’s no gas to get us all the way home.

Serendipitously, the van was full of gas before we evacuated. We hadn’t used the behemoth in six days (since I’d filled it at SAMS) as we’d used the Prius for every trip since then. So I didn’t have to worry about finding gas until well out of the worry-zone.

This past year, I’ve been trying to follow minimalism and declutter the house. Though I still have a long way to go, minimalism helped me realize, when I looked at the stuff I was leaving behind, that life is going to be okay if I lose all my possessions. Yeah, I’d cry, but I can replace material goods. I can’t replace my kids. So I fled.

Since I grew up in a family that camped a lot, we.have.hurricane.supplies and then some! I didn’t worry about my husband having survival equipment at hand if the Tampa Bay area went to hell in a handbag. Life straw? Check. Solar camping equipment? Check. Machete? Check.

A month ago we finally got the broken cigarette lighter in the van fixed (after it’d been broken for a year and a half). This came in handy when my cell phone went on the fritz halfway through the journey and I had to use our ten-year-old GPS to navigate. Seemed a cell phone tower was down. Data coverge came back online once I was out of the Chiefland area.

I took back roads as far north as I could and used the Waze app for the first time (it’s awesome!). There was barely any traffic and the gas stations had gas! I was able to stop at a farm stand and buy apples. They came in handy because they were the only thing I could force myself to eat after I lost my appetite from not knowing if I’d see my husband or friends again. (At this point, who cared about the houses!)

I let the kids be kids. They’re five and seven. Life as a child it too short anyway: they have the rest of their lives to be adult males. I tried to protect them from the anxiety and uncertainty of it all as much as possible. I didn’t cry in front of them when I left my husband by the side of the road and drove away. (The boys still think we’re just on an extended vacation.)
We don’t have cable at home and only one TV that we use for DVD’s on the weekend for the kids, so being some place with cable is a BIG DEAL for them. It’s made dealing with my phone (that is constantly blowing up) much easier with them anesthetized by the imagination substitute known as cable TV.

I packed hand sanitizer! Absolute miracle that I remembered it! And some things called fidget spinners (you might have heard of them?) that I’d found on the clearance rack at Walmart a few weeks ago. Hands down, those gadgets were the most genius thing I did for the whole evacuation. And although I brought too much food with me, I had enough presence of mind to bring paper plates and napkins!

Now if only I had massive, red gas cans too, then I could make it back home to my husband and our family could be reunited.