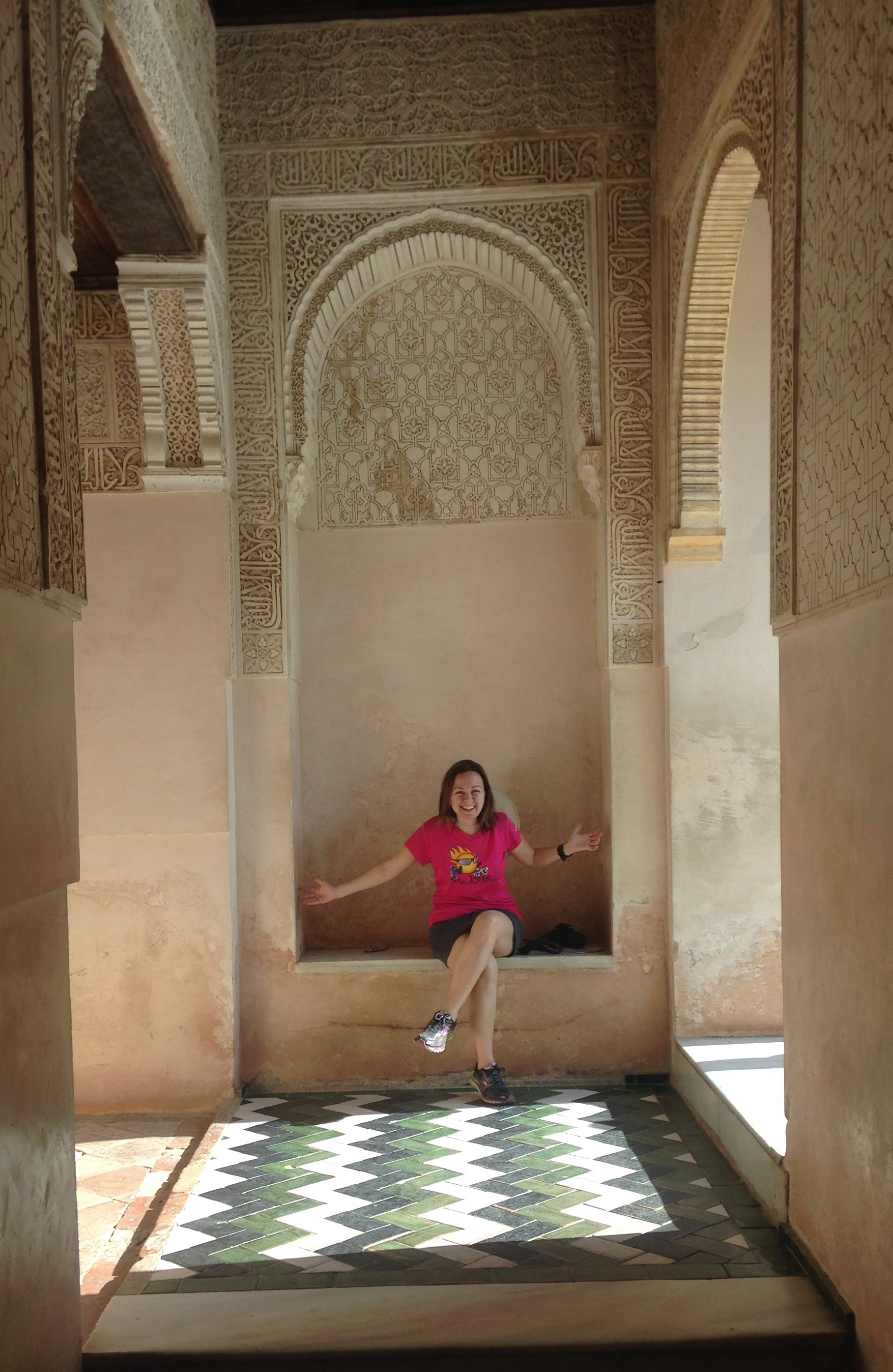 International Travel with 2 boys: What we did RIGHT

DH and I just finished a month long, work intense project that I’ll be writing about in a few blogs down the road. In the meantime, now that every spare second isn’t taken up, back to our regularly scheduled blog!

Last blog  I wrote about the things I wish I had done differently when we went to southern Spain for three weeks last summer. This blog is about what we did correctly on that trip. These are things that worked for our family, so it doesn’t apply to everyone out there. Take what works for you and leave the rest:

1) I have a rule in my family that everyone has to pound water the day before the long flights. So far no one has died from hyponatremia, and we all use the bathroom less while traveling.

2) We went to Spain! DH and I fell in love with Spain when we completed El Camino de Santiago. We wanted to go back and take the kids with us this time. So I used the search function on home exchange to find a family who wanted to come to Florida. I’m telling you: explore home exchange, it will save you oodles of money! (I shudder to think how much a beach house in Southern Spain would cost for three weeks!)

3) We let the kids roam freer than they do back home. Yes, that means I had them memorize how to ask in Spanish for the ice cream they wanted and sent them with the money to the beach stand where I could sort of sometimes see them from the water. I figured since I wasn’t getting Amber alerts on my phone (seems these are regular occurrences when you live in Florida?)—and I’d seen a 4-year-old sent alone with her 2 -year-old brother to the ice cream stand—that’d it’d all be fine. And it was. Plus the boys were so proud of themselves after navigating the language barrier when the stand was out of their favorite ice cream one time!

3) We discovered Tagines. If you haven’t had a Moroccan Tagine, you have to yelp a restaurant that serves one and go eat it. Immediately. Like stop reading this blog and go read it—it’s that epicureanly important. 😉 (yes, I just made up a word. Your stomach can thank me later.)

4) I brought my RooSport purse. This is the best $20 I spent on a purse, ever. It has just enough space for money, credit cards, keys, and a phone. The super strong magnets secure it to your waist so no worries about someone stealing it. Be warned though: if your fingers get between the magnets when they’re closing, you’ll end up bleeding (!) and trying not to curse because you’re in so.much.pain (ask me how I know).

5) Eventually, we wised up: DH and I spelled each other from hanging with the kids for a few hours each day. We’re both introverts and need time alone daily to recharge. Since we didn’t do our usual exercise routine (DH biking and me running) we weren’t getting recharged. Unfortunately, we didn’t start doing this until the last week there. Wish we had done this sooner!

6) We did what I call “Relationship Travel.” My sister and her fiancé flew in from the UK to spend the weekend with us. It was especially nice as her fiancé is like the British version of my husband: they’re both tall and insanely kind men, so a good time was had by all.

7) We went to Africa for lunch. Guys! You read that right: we popped over to Tangier in Morocco for a few hours after we caught a ferry from Southern Spain. The food was incredible (again: Tagines. Go eat. Like now.). I’d highly recommend making a day trip and hire a local tour guide when you get off the boat.

8) We also went to Gibraltar. Gibraltar is amazing, and I’d do a home exchange for a week there in a hot second (any takers out there?). The food there was incredible too (can you tell a lot of our travel budget goes towards eating out?).

9) We brought our Tilly and Coolibar hats. These hats rock as they’re incredibly durable. We throw these hats in suitcases all the time, and they have held up great over the years. They’re worth the price you pay because they last forever (my husband’s hat is famous for being eaten—and pooped out—twice by an elephant and still wearable after going through the wash. This happened to an elephant handler, not my husband.)

10) We intentionally pivoted and decided to do less. We could have gone to Marrakech or Córdoba, but it was just too much. Doing less is alright. Have faith there will be time for another trip in the future. (If you don’t believe that, then read this book. It’s beautifully written and everything a busy mom needs to hear at this stage in life).

11) We marveled at the beauty of the landscape. One of the nice things about living in flat Florida is you’re always amazed when you visit anyplace else because invariably they have hills. And sometimes mountains!

12) I rested. As much as I could. It took us two weeks of chilling out to start to feel rested from the frantic pace we keep in America. Going into the third week, I was like, “Wow! I can’t remember the last time I felt this relaxed.” It left me wondering how we could translate this type of life to back home? I’m still mulling that one over…

Which brings me to: One unexpected side effect of the trip was that I came back even more fed up with American consumerism. It felt like my brain had “clicked into place”—a hard feeling to describe. When I was talking to my sister about it, she said when she lived in the States, she always felt like she had to get forty things done every day. But somehow, living overseas, she realized all those “things” can wait until the next week—or even the next month. That it’s more important to focus on getting enough sleep and making sure she has healthy food to eat the next day at work.

In other words: it’s easier to focus on self-care when the frantic pace of high consumer, American life isn’t drowning out your attention. I talk about that aspect of European living in this interview.

We’d love to return to Spain. Maybe in 2026 when the next eclipse hits there.

(For the astronomy and travel bugs out there, take notes of the location of future eclipses:

For those who’ve traveled overseas with young kids, what are some things you did right? I hope to hear your advice in the comments. In the meantime, see you next time when I give tips on how to buy a vehicle alone. As in, no male relative accompanying you (I caused a bit of a stir on social media when I posted about buying a truck for our family by myself recently).