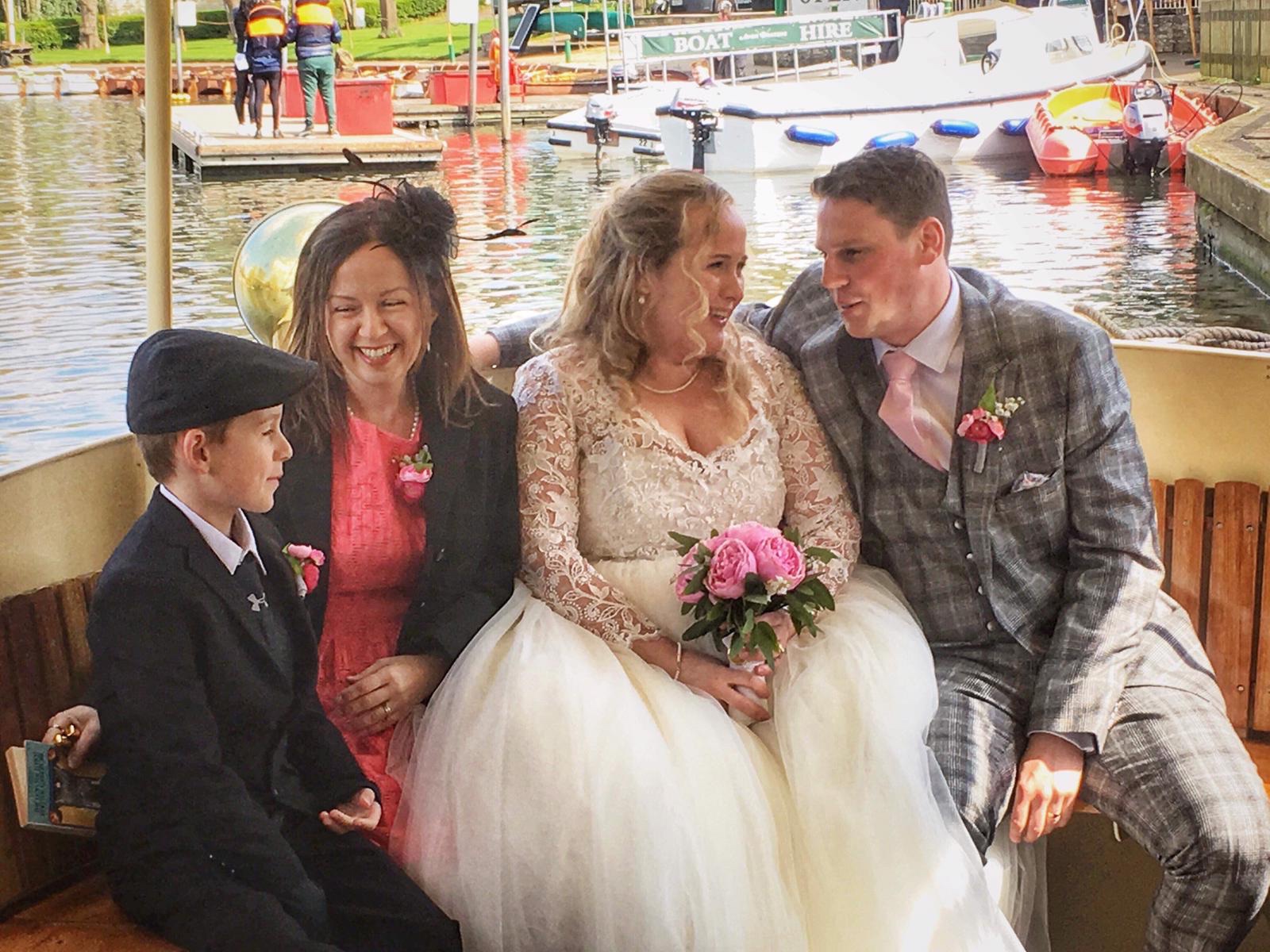 The Benefits of Investing in a Solo Parent-Child Trip

You thought the ending to the title was going to be “…Solo 401k” didn’t you? That’s where DH (Dear Husband) thought this was going when I told him about this blog post. I pointed out that a Solo Parent-Child trip is actually more valuable than a 401k. For the myriad reasons why read on in time for a “Mother’s Day” type blog post.

I did a time track and was super frustrated when I realized I spent 9 minutes of quality time one Saturday with my older son. Yes, despite being around him the entire day I only spent 9 minutes interacting in a manner beside as a caregiver.

Other mothers struggle with this too. This is why mothers often get the bum reputation of not being as much fun as dads. A female friend recently admitted she also thought her dad was a lot more fun than her mom while she was growing up.

In our own family, DH is super fun—though I married him, so I might be biased about that. He’s the type of father who runs around playing with the boys and rolls around on the floor wrestling with them, while I’m afraid to get hurt when they run pell-mell into me.

And this “fact of life” makes me sad. Because, hey, maybe it’s true? If you ask my kids “how does your mom play with you?” they will instantly reply: “She plans trips for us!” Trips are when I chill out and truly connect with my kids. I am the one who gets the LEGO Land, Disney, Universal, and Sea World tickets at various fundraising auctions and plans those outings for the family.

In fact, my younger son drew a calendar on the school’s Mother’s Day card for me this year under “How I play with My Mom?” You know, the kind of calendar you use to.plan.trips. My shoulders sagged a bit when I realized I’m such a type A that I’m always rushing around, taking care of everyone and our household, but not sitting down to play Connect Four with my kids.

So recently, when life gave me lemons, I not only decided to make lemonade, but I set out to change how I invest my time with my kiddos by…planning a trip! In April, DH and I were supposed to fly to the UK for my sister’s wedding in Great Britain. But our childcare fell through. DH offered to watch the kids so I could go alone, but I pulled our oldest son (who is 8-years-old) out of school to take along with me (after I obtained permission from his amazing principal to yank him during standardized testing week!).

See, though I grew up in a single wide trailer—where I had to wash mice feces off the tops of cans before I opened them to make food for my siblings and I—my mom still managed to take me on a “once in a lifetime” mom-daughter trip when I was in fifth grade. I’ll never forget us traveling for two weeks together. As Crispy Doc said, you have to be present to win. And I suspect my son will always remember our trip across the pond, where I learned quite a few things about taking a solo parent-child trip:

1) A child can’t be issued a plane ticket to travel overseas alone. It has to be paired with an adult ticket. But if you have two adult tickets bought under the same reservation, to refund only one ticket, the reservation must be separated. After three hours (!) on the phone, the tickets were sorted out.

2) I saw the world through my son’s eyes. Like how amazing he thought the clouds outside the jet window were, or how high up a trash bag flew into the afternoon heat while we rode in an Uber around London.

3) He taught me to be more patient with life’s setbacks. Because of the multitude of requests my sister has of stuff to bring her that she can’t get overseas, TSA searches me quite extensively. My son patiently waited and took delight in the artwork changing high above our heads in the Tampa airport. And yes, I wouldn’t have admired the artwork had he not pointed out every time it changed.

4) It’s okay to let your kids see you cry. Because I’ve been hardened by this exquisite-yet-difficult thing called life, I rarely cry. And when I do, it’s not around the kids. So my son was shocked when I started crying after I learned Notre Dame was burning while we were in London. I had to explain to him I had never been to Paris and had hoped we all could go see that magnificent church together some year, but that it was being destroyed by fire at that moment.

5) Childhood can be such a powerless stage of life—but this doesn’t always have to be the case. I tried to let my son direct us as much as possible. Being a child born and raised in Florida, he was fascinated by the wood stoves and fireplaces in England. He wanted to go sit by the fire in the lobby of our hotel in London one night. Though the fire turned out to be fake, he was content to sit next to it, playing on his iPad while I read Physician on Fire’s Sunday best, which is always the highlight of my reading every week. (And I am committed to *trying to* read a book a week, so that’s saying something)

6) My son and I had time for conversations we don’t normally have back home. I asked him what he’d rather have: a bigger home and less travel, or a littler house and more travel. He wanted the later. But interestingly enough: he doesn’t want to travel all the time and be homeschooled on the road. He would prefer to go to a traditional school and periodically take trips (He’s like DH and me: an introvert, happy to be a homebody that ventures out periodically).

7) My son got to see that no matter where you go, there are amazingly kind and incredible people all over this phenomenal planet of ours. The Brits were the absolute sweetest, nicest people to not only me but my son. I fully understand why my sister lives in Great Britain: it’s full of fascinating people I’d love to hang out with on a more regular basis!

8) My husband and I often wonder if we’re too overprotective as parents, especially compared to the free-range childhood we had.

Recently I spoke with the fantastic podcaster, Dr. Carrie Reynolds, about how I have faith in humanity, that they would be kind to my children. And humanity didn’t fail me during this trip: no one abducted my 8-year-old child, nor abused him when I let him go to the potty (“Mom, it’s called BATHROOM!”) all by himself. This is a big deal because in Britain you can’t leave children under the age of 14 by themselves. I didn’t know if this law extended to public restroom use, so I went with the U.S. standard we have during camping: hoping humans will behave. And they did.

All the sisters together! First time in almost 17 years! (Photo credit to the awesome photographer, Jen Peng, found on Instagram @jenpengpics)

9) My son had a lot of questions about how things were different from our ways. For example, he was confused that his aunt’s wedding wasn’t held in a church. I explained that yes, weddings are different from ours over in Europe, but that it was perfectly fine and I supported how Europeans do their weddings.

You see, I am raising world citizens. I keep this quote, from an American, in mind as I raise two sons: “Judging each other makes us feel safer in our own choices. Faith is one of the most abused instances of this.” I refuse to raise children with a narrow worldview. Taking my children abroad is my way of fighting ethnocentricity.

10) My son got to experience that it’s possible to live a different, less frenzied, pace of life. He also got to see what living in smaller spaces and gardens are like. It made me wish we could change our lives and live in a smaller space (maybe we will—stay tuned!)

11) Travel like this adds a depth to the relationship that wasn’t there before. I’ve noticed that post-trip my relationship with my son has taken on a new, deeper, sweeter dimension. And for that, I feel blessed and thankful.

Now he comes up to me more spontaneously to share his thoughts and projects he’s working on. Recently we went by a princess at Disney and he ran up to me, and said, “Mom! She looks just like Aunt A at her wedding!” 😂

12) There’s something indescribably delightful about making memories with your child on a solo venture. We weren’t distracted by being around others. Being mono y mono with someone allows you to sear these memories into your soul, instead of a blur of bunched up recollections with other family members present.

13) When DH and I did a post-mortem on the time alone with our kids, we thought we should make this a yearly tradition. Our younger son was delighted he got to stay home and “cook with dad!” Evidently, I don’t let him cook enough—it’s that whole sharp knives thing. I can deal with them going alone to bathrooms in foreign countries easier than I can see my spawn handling sharp knives near their little fingers.

14) You don’t have to go all crazy as I did and hop across the pond. A friend of mine has three kids, and when they still lived at home, she and her husband would let each kid pick a solo parent-child venture within driving distance one Saturday every 6 months. Her son wanted to go to Office Depot and look at every single office supply without being rushed (sounds like someone after my own heart!). While we were gone, DH took our younger son to Disney, and they had a blast visiting England at Epcot.

Oh, and one last thing. My older son and I played Connect Four often during that trip. And I let him win every time. He loved it.

(The next blog will be a week behind usual production schedule as I am wrapping up an intense project. If you enjoyed this post and would like to read future ones, please sign up as a subscriber. And if you found this post helpful, I’d appreciate it if you’d please share it on social media using the button below. Thanks!)