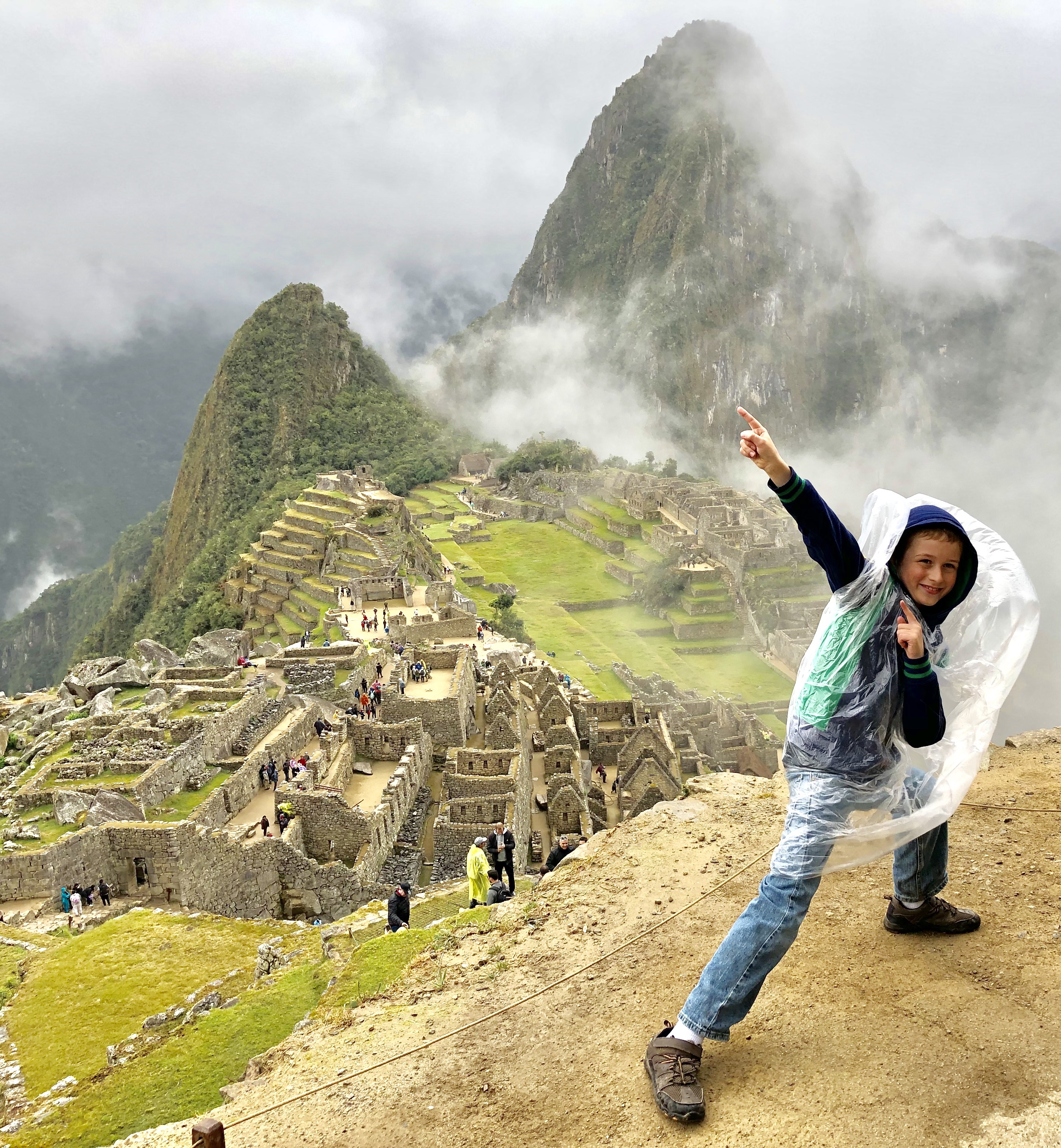 Machu Picchu: What I wish we had done differently

If you’ve ever dreamed of going to Machu Picchu, then this jam-packed with useful information, 5-part blog series is for you.

Peru is a magical country full of gracious, friendly people. The climate is incredibly diverse, leading from an arid environment up into the Andes mountains covered in snow. Beyond is a tropical rain forest where the upper stretches of the Amazon embrace the ruins of Machu Picchu that were hidden from the world for so many centuries. (The Incan destroyed a large part of the Incan trail to hide Machu Picchu from the Spaniards).

I am so glad and thankful we took our family to Machu Picchu. We almost bailed on the whole trip because of how awful the flying experience was leading up to leaving Medellín! Tune in to the last part of this blog series for more details on that aspect of the trip. For now, let me loan you my scar tissue and share the first part of this series:

Machu Picchu: What I wish we had done differently:

1) We sacrificed our twenties to the altar of medical education and our thirties to paying off our debt so we could obtain financial independence. Now we’re living our early forties having a blast experiencing exploring the world through the eyes of our young children. However, our age doesn’t necessarily beget travel wisdom. There’s a reason why there weren’t any other kids at Machu Picchu!! (Babies strapped onto adults don’t count).

The youngest tourist kid we saw was in their early teens, and we only saw a few of them. I came down from Machu Picchu with significantly more grey hair due to the sheer drop-offs of thousands of feet that we skirted as we hiked along the Incan Trail up to the Sun gate. Yes, there were no guard rails. This American mom made her kiddos hike as close to the inside of the trail as possible.

As my older son said when he woke me up to look out the window when we flew into Cusco, “Now that’s a cliff!” We of the flatlands are not used to mountains, much less ginormous precipices.

(Editor’s note: Please be aware that there are affiliate links in this blog that, if you click, could bring us a commission, but at no extra charge to you.)

2) It was a mistake to bring all our water purification stuff to Peru.

We didn’t use any of it, and the gear took up too much space. That being said, I shuddered at the number of disposable water bottles we went through. I used the hotel room hot pots as much as possible to purify water at night, so I could refill our bottles in the morning. In retrospect, I should have just used the stuff we brought along to purify water. My bad.

3) I didn’t realize those amazing hotel room pods strapped to the side of the mountain were in Peru on the way to Machu Picchu. I don’t care that we would have had to rappel halfway up a cliff wall to get to them and they were $400 a night—we should have stayed in them. (Right now, just ignore what I said in #1, okay?) 😉 We at least got to see them when our driver pointed them out to us and stopped by the road so we could marvel at them.

Yes, those are hotel rooms stuck to the side of a cliff overlooking the Sacred Valley!

5) We should have brought Acetazolomide and taken it prophylactically. Despite having lived at over 5,000 feet in Medellín for three weeks, we still all had some degree of mountain sickness. It wasn’t pretty.

6) We should have used Latam to fly instead of the cheapest option google flights presented. The airline we used was horrendous. (Again, tune in to blog part 5 for more details on this.)

Frugal running: I wash and reuse the space blankets I get at the end of half-marathons 😉

7) We should have used the Spanish website for the cheaper prices on airline tickets. I was told this advice by an Americans who spent two summers traveling through Peru and Colombia, but another American told me this isn’t something you can do in Argentina because they require you to present a passport. Otherwise you have to pay what I call the “Gringo prices.” It’s sort of like the “Doctor Tax” just about anyone tacks on to a project you’re paying for if they find out you’re a doctor.

8) Instead of the small backpacks we use for work, DH and I should have brought better ones. Dr. Corriel says we do enough travel to have earned “real” travel backpacks. We took her advice: DH now has an awesome backpack. Getting one for myself is on my “to do” shopping list. (I put shopping off as long as possible because I detest this, so this may take a while…)

Picture of small work backpack & cliffs. Lots of them 😉

9) And for heaven’s sake, what was I thinking to bring that small piece of rolled luggage? Think cobblestones streets from the 1600’s. Total nightmare.

10) I wish we had brought Zofran in our small medical kit. Our kids never get car sick, so we were surprised when one of them had a severe bout of it within an hour of arriving in Peru (Though, in retrospect, I think his illness had something to do with our plane journey and the associated sleep deprivation that went with it. Oh, and the altitude.)

Thankfully our amazing local driver rescued with us with herbal medicine he obtained at the restaurant we stopped in for lunch. After seeing all the sick tourists throughout our trip, I realized the locals are probably used to resuscitating foreigners who aren’t acclimated to the elevation.

My sister later told me she’d never had car sickness until she moved to the UK, and she had to deal with riding and driving on the opposite side of the road. She recommended moving your legs like you’re walking and look straight ahead in the car if you get sick. I’ll have my kiddos try this trick next time this happens.

Local Medicine Aisle in Cusco. Peruvians use a lot of herbal meds to revive tourists.

11) We should have stayed longer and rested more in between excursions. I know why the guides do it, as they want to get you in and out of the country, so they move on to the next group. But the travel pace was brutal while adjusting to the altitude.

But then again, when we flew out of Cusco, we met an American family with late teens who had been there for 9 days. They looked awful and said we were wise to just be here for 5 days—that their trip had been exhausting.

My vote is for slow travel next time.

12) Someone told me about this supplement used in Europe called Gaba Calm to help calm and center yourself. I wish I’d thought to bring some along for the bus ride up to Machu Picchu. It was beautiful and terrifying. Again, sheer drop-off cliffs right along the road.

13) If we decide to go back for slower travel and do the four-day hike, I would bring—or buy—a collapsible walking stick for the Incan trail.

The steps on the Incan Trail are called “Gringo Killer Steps” for a reason!

The next blog in this series details what I’m so thankful we did do. Until then, write down one way to improve your finances and conquer that goal asap. You got this!

(If you would like to follow our journey so we can help you with FIRE strategies and learn the truths we’ve discovered, please sign up as a subscriber. And if you found this post helpful, I’d appreciate it if you please shared it on social media using the button below. Thanks!)